Energize your Intranet with Microsoft Power Apps and Customer Voice 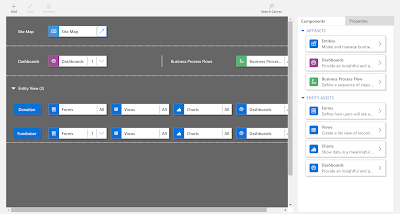 This is a followup to my earlier post "Replacing Microsoft InfoPath with Power Apps" which discussed the discontinuation of the InfoPath form tool which was previously used in conjunction with SharePoint for many internal corporate applications typical on an intranet. Since then, Microsoft renamed the Forms Pro product Dynamics 365 Customer Voice. This is not to be confused with Microsoft's Voice of the Customer product which was deprecated in July 2020 to be replaced by Forms Pro.

Power Apps is the platform on which Microsoft Dynamics 365 apps, at least those apps derived from what was formerly called Dynamics CRM, are built.  You can use Power Apps to create two types of apps -- canvas apps which are designed in a drag-and-drop fashion for relatively simple standalone needs and model-driven apps which are based on the Dynamics 365 Unified Interface and which can support sophisticated workflows in the same way that they are handled by Dynamics 365.

I feel that intranets have fallen out of fashion a bit, and we do not hear as much as we once did about products like SharePoint which are geared toward internal use.  Instead, the focus has shifted to real time collaboration powered by Microsoft Teams, Zoom, GoToMeeting and other products.

The need for internal apps remains, and the appeal of low code/no code technology is strong.  Your internal apps may have fewer users than customer apps, and you may value flexibility as your internal processes change.  Power Apps is a great way to automate internal work flows such as:

Microsoft offers several ways to integrate your apps with one another.  SharePoint can offer access to corporate documentation, document management for version control, simple lists of data and other content. Teams provides an interface which may be used as the jumping off point for these Power Apps.