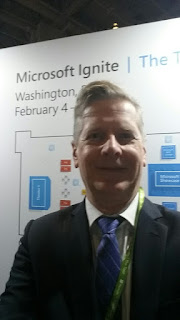 You can access recordings of the sessions online. Because there were over 100 sessions and workshops in two days, it was impossible to attend all of them.  Here are the learning paths from the event:

For me, the most important overall message was the blurring of lines between Microsoft cloud products and the continual expansion and opening of the Microsoft platform. Cloud computing has allowed Microsoft and other vendors to introduce new products and product versions more quickly.  For Dynamics 365, Microsoft introduces continuous small fixes and significant versions every six months.  This is much faster than the product cycle ten years ago which offered major versions every two or three years.

The pace of innovation creates challenges for customers to keep up, so events like this are essential to educate customers.  Microsoft sometimes also renames products and moves features from one product to another which causes further confusion.

Workplace diversity was a key theme for Microsoft's booth and some presentations.

Large government integrators such as IBM and General Dynamics were well represented as exhibitors at Ignite, along with third party software vendors that are important in the Microsoft business ecosystem.

I enjoyed seeing Dave McDonald, director of the Microsoft Technology Center in Reston, VA at the show.  He brought along one of the coolest Microsoft showcase items, a Ford truck tricked out not only with a winch but tons of tech. 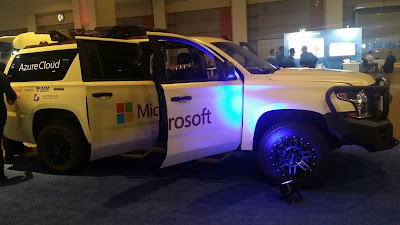 The event drew many local Microsoft MVPs who were presenters as well as sharing their knowledge in the Microsoft booth. 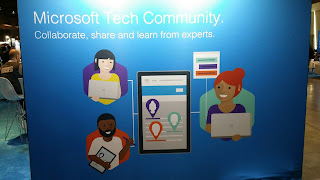 The road tour of Ignite shows Microsoft's commitment to share knowledge with its customers and partners all over the world.  Check and see if it is coming to a location near you.

For those who cannot attend in person, sessions are available online to view on demand.  If your focus is government, you may want to review some sessions here that are not likely to be repeated in other cities.